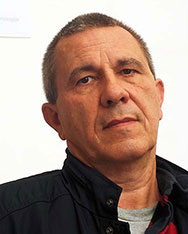 Robert Reinhardt, founder, and CEO of Algen, algal technology center, is an entrepreneur with more than 40 years of research and business experience. As a mathematician by background, he became interested in algal technology from both the business and research perspectives. Previous posts include research in computer science, founding, and managing a system integration and software development company, managing its growth from 5 to 80 employees, its merger into an international system integrator, a business-angel role in several start-ups, Algen being the present one. Algen has been involved in several R&D European projects and several commercial projects, including AlgaeBioGas (coordinator), Saltgae (technical project manager), Water2return, AlgaeCan. Commercial activities include the integration of a commercial high-tech algal plant in Tuscany, Italy. Robert is an active member of EABA since its foundation in 2009. Other activities include flying, sailing, diving.

Nutrient Recycling with Algae (Global Picture) And Applications of Microalgae as Biostimulants and Biofertilizers (9:25 - 10:15)